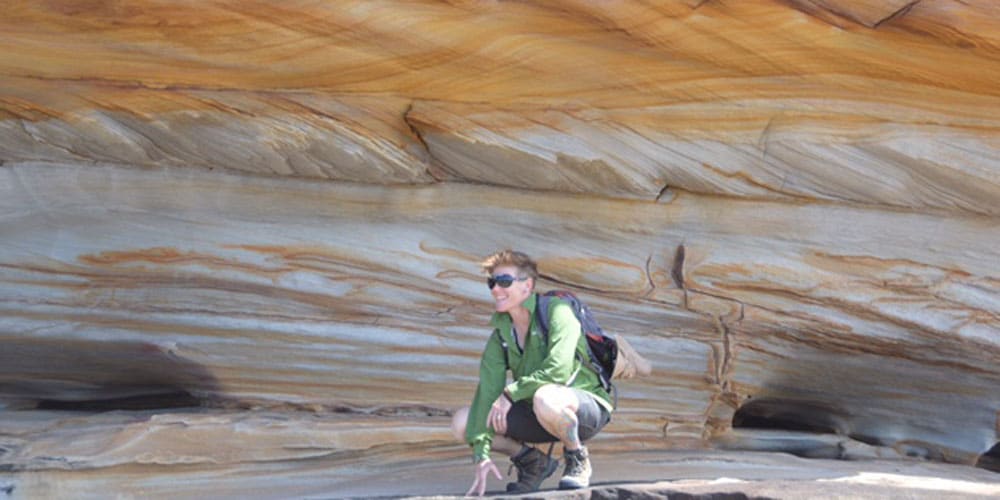 If walking from the Fisher Bay houseboat… Continue on the track to Sandy Bay. Stay on the concrete footpath near the water, stopping when you see a large sandstone overhang on the other side of the road, facing across the bay.

Around 250 million years ago when dinosaurs still roamed supercontinent Pangaea, this was a giant floodplain.

Ancient rivers flowing down into what is now the Sydney Basin carried sand and mineral deposits that eventually formed rock. That rock is Hawkesbury Sandstone.

Hawkesbury Sandstone is mainly quartz, cemented together with clay. But it’s the one to three per cent iron oxide that make this rock so eye-catching.

When iron comes into contact with moisture and reacts with oxygen lingering between silica grains – slowly, slowly – it rusts, becoming iron oxide. These bands of brown, white and pink colouring – or Liesegang rings to geologists – gives the rock its distinctive colours.

Many of Sydney’s early government buildings and wealthy Georgian-era houses were built with Hawkesbury Sandstone, including Customs House at Circular Quay, Government House on Macquarie Street, and the Art Gallery of New South Wales, as well as St Andrew’s and St Mary’s Cathedrals in the city, as seen on the Sydney City Walk.

A more well-known example of Hawkesbury Sandstone in nature is Wedding Cake Rock in Sydney's Royal National Park – unique in its whiteness.

Follow the concrete footpath past Clontarf Marina (former base of Ben Lexcen, designer of the winged keel that helped Australia II win the 1983 America’s Cup) and around to Clontarf Reserve, where it disappears near the playground. 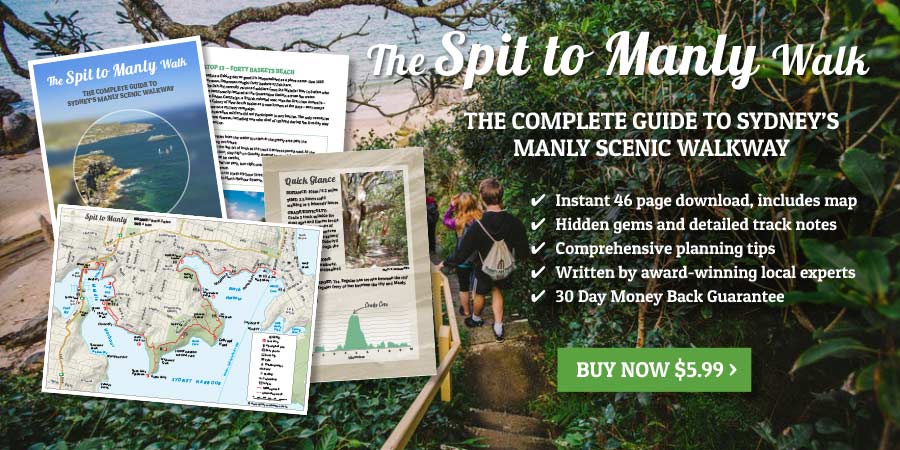 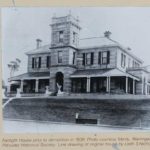 Fairlight Beach is Stop 15 on the Spit to Manly …

END_OF_DOCUMENT_TOKEN_TO_BE_REPLACED

The Bondi to Coogee walk - or the shorter Bondi to …