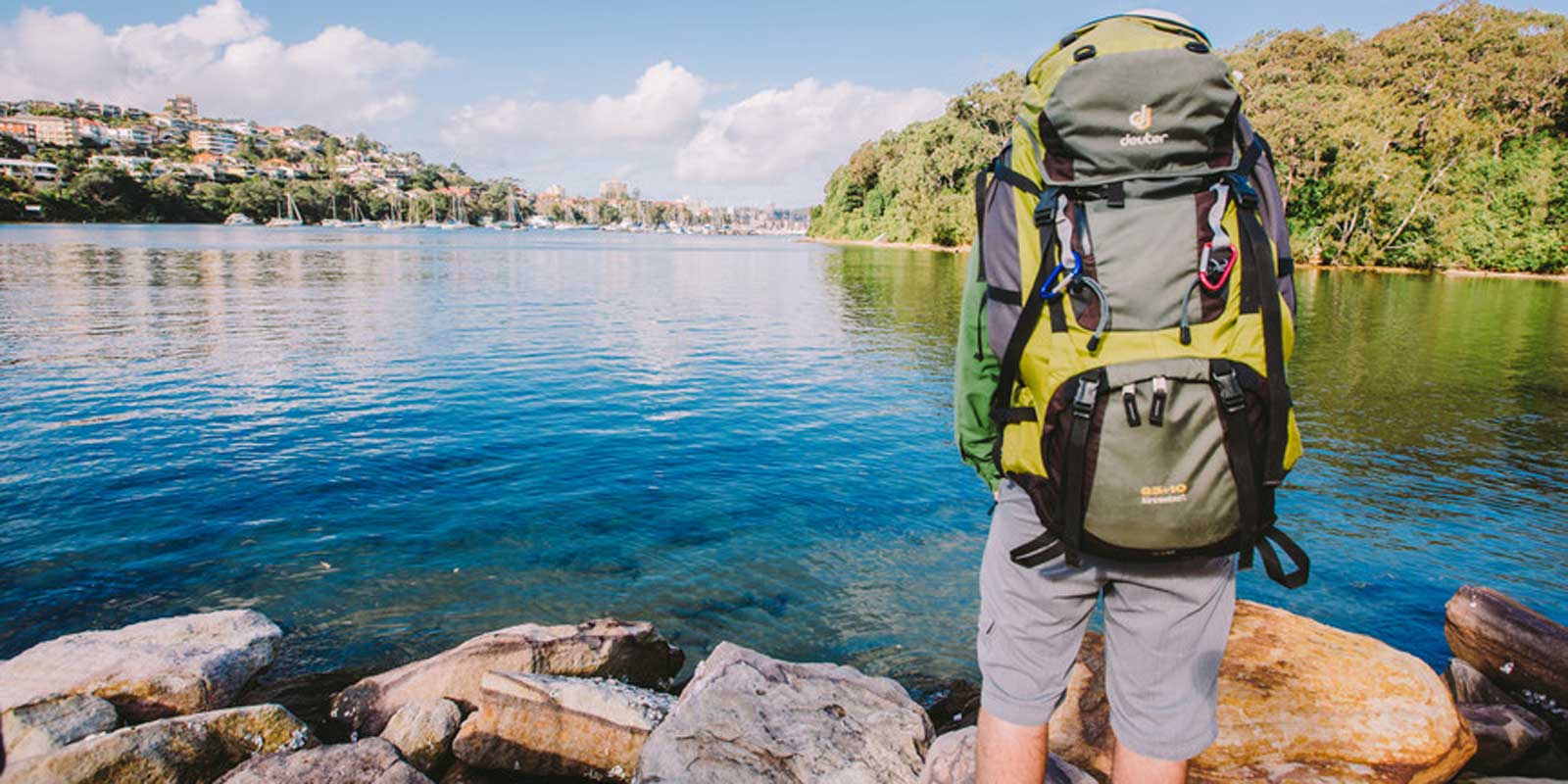 How to get to North Harbour Reserve

If walking from The Spit to Manly, approaching from Forty Baskets Beach… the track becomes paved road. At the Y intersection, stay high on Gourlay Avenue to your left. This is a public road; please be careful.

Past a small car park, turn right onto a signed path between 8 and 9 Gourlay Avenue.

Governor Phillip had orders from the British King George III to “endeavour by every possible means to open an Intercourse with the Natives and to conciliate their affections”. The Eora, however, stayed away from the new Sydney Town. So Phillip decided to kidnap someone to act as a cultural go-between.

It was here in present-day North Harbour Reserve that Captain Phillip had encountered the “manly behaviour” of local Aboriginal men, so it was here that Phillip decided to target.

Arabanoo’s capture was difficult and distressing. However, when his manacles were removed months later, Arabanoo stayed to share his people’s language and customs.

A few months later, Arabanoo was dead; killed by smallpox. He was one of an estimated 2000 Aboriginal people killed by the 1879 epidemic. With no immunity against European disease, half of Sydney’s Aboriginal population were wiped out within 15 months of the First Fleet’s arrival.

Governor Phillip tried again. He ordered the capture of two more Aboriginal men from Manly. As in Arabanoo’s kidnapping, the soldiers used fish as a bribe. “It was by far the most unpleasant service I ever was ordered to execute,” noted Lieutenant William Bradley. (see the Bradleys Head Walk in Sydney Harbour for more on Lieutenant Bradley)

Colbee escaped soon after but Bennelong became friendly with Governor Phillip during the nearly six months he was detained.

Bennelong escaped a few weeks after his leg iron was removed.

Phillip and Bennelong exchanged pleasantries when suddenly a koradjee (‘priest’ or ‘medicine man’) speared Phillip through the shoulder. It was most likely ritual payback for Bennelong and Colbee’s forced capture.

Phillip recovered and Bennelong subsequently chose to visit him weekly for lunch.

On Bennelong’s request, Governor Philip built him a brick hut where the Sydney Opera House now sits. This area became known as Bennelong Point. (Discover this area on the Sydney City Walk.)

Remarkably for a semi-nomadic hunter gatherer who had had no contact with Europeans until four years earlier, Bennelong accompanied Phillip on his return trip to England in 1792.

Like many first-time visitors to London, Bennelong saw St Paul’s Cathedral, the Tower of London and went to the theatre. After nearly three years away from home – half of which was spent at sea – he returned to Sydney, continuing to act as an interlocutor with the new Governor.

In a letter to Philip he later wrote “Not me go to England no more. I am at home now.”

If you weren't so spoiled for choice along the Spit to Manly Walk, then here would be a great spot for a picnic (our preference is actually Clontarf Beach because it has safe and accessible swimming).

North Harbour Reserve in Condamine Street, Balgowlah has free street parking (if you haven't walked!), an open grassed area, electric barbecues with seating, and a shaded children's playground. There are also public toilets.

A short detour from the waterside walking track – but situated conveniently at the southern end of the reserve in Beach Lane – is a delicious-looking cafe Forty Beans, if you need a caffeine (or cake) fix.

Exit via the steps at the far end of the reserve, up into King Avenue, following it to the T intersection. Turn right on to Lauderdale Avenue. After 50m, a concrete path on your right continues all the way to Manly along the water’s edge.