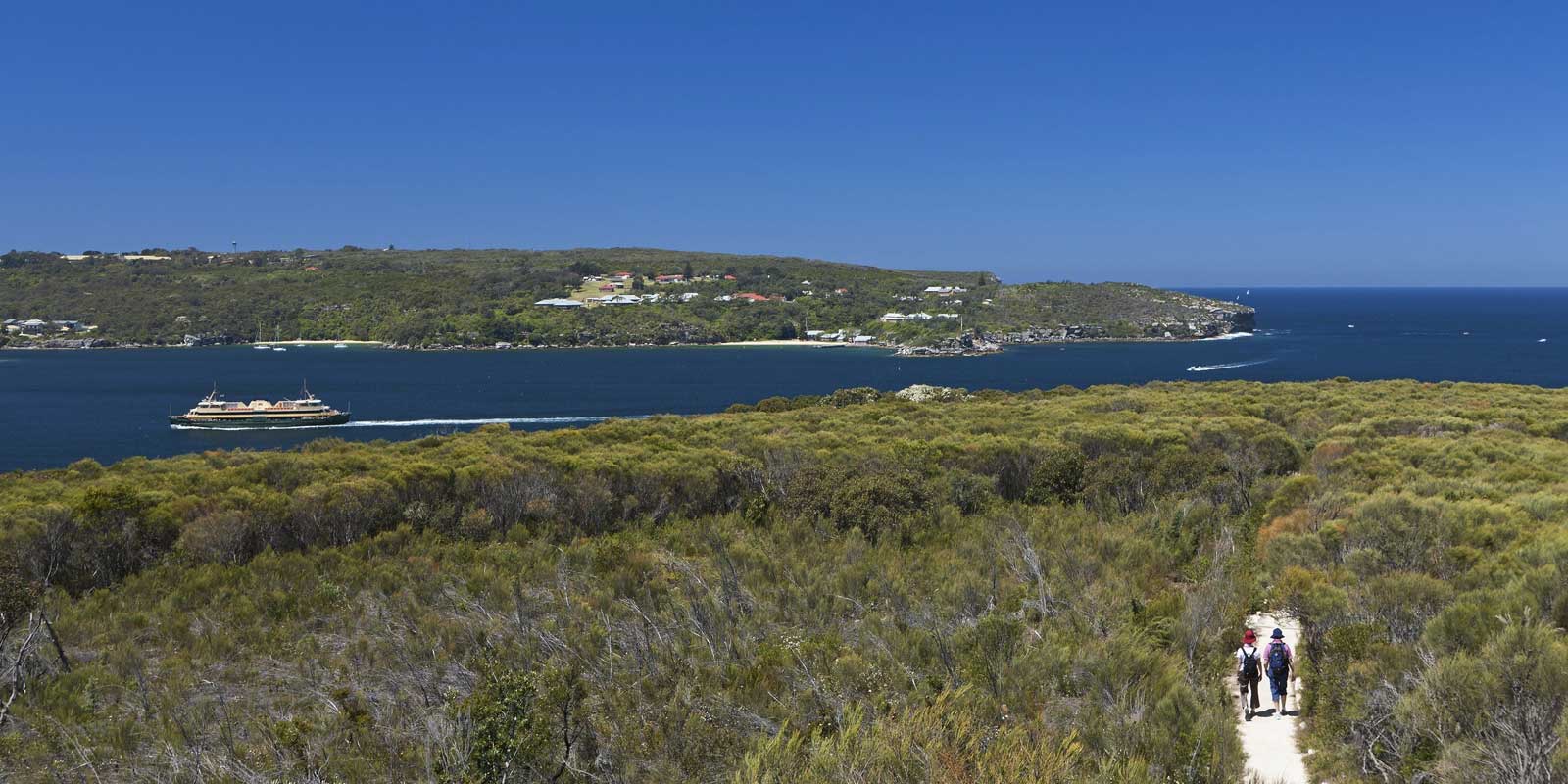 How to get to Dobroyd Head

If walking from Crater Cove… Go past the turn-off to Arabanoo Lookout, continuing on the track to Manly.

Your first reveal of Manly comes 100m past this track junction. Pause to enjoy it before passing another track junction (to Beatty Street).

Go straight until you see a steel handrail and lookout on the right, just off the track. This is Dobroyd Head Lookout.

The first known non-Aboriginal person to see Sydney Harbour was Lieutenant (later Captain) Cook of the Royal Navy. Sailing past in 1770 he noted in his log that it “appear’d to provide safe Anchorage, which I called Port Jackson.”

Within days he found Botany Bay unsuitable for the new British penal colony as it had poor soil, no secure anchorage and no reliable water source.

After rowing into a stiff nor’easter all morning, they reached the heads and sailed down Middle Harbour, on your right, towards the Spit.

Still scouting, they returned around this headland to North Harbour, with Captain Phillip naming Manly due to the “confident and manly behaviour” of the local Aboriginal people.

Before dusk they sailed back across “the finest Harbour in the world” to the beach inside South Head, calling it Camp Cove, at present day Watsons Bay (explore this area on the Watsons Bay Walk). Here they stayed the night: the first Europeans to call Sydney home.

Five days later – on 26 January 1788, what is now Australia Day – the rest of the Fleet followed to Sydney Cove.

View of the Quarantine Station

The old Quarantine Station sits across the water on the shoreline of North Head. Selected as the first safe anchorage inside the heads and for its isolation from Camp Cove, it was built in the 1830s to prevent smallpox, Spanish flu and bubonic plague from entering the colony.

The heritage buildings now house boutique hotel Q Station, a restaurant and ghost tours. It's a fascinating place to wander around and is open to the public (you don't need to be a hotel guest to explore the site). We've visited Q Station many times.