The Watsons Bay walk on the South Head Heritage Trail is the southern gateway to Sydney Harbour.

Rich in early settler and forgotten military history, the Watsons Bay walk is home to the historic Hornby Lighthouse, one of Australia’s first lighthouses.

It’s the easiest way to escape the city and yet still enjoy city and harbour vistas.

Relatively flat. Slight incline to 20m elevation at South Head itself. Steep climb up to 40m up stairs at Gap Bluff (optional).

Camp Cove beach is a calm, family-friendly beach but is not patrolled by lifesavers.

We're working on a Watsons Bay Walk map as fancy as our other walking maps, but this will have to do for now.

The Birrabirragal mob had fished, hunted and harvested shellfish at Kutti-kutti (Watsons Bay) for at least ten thousand years before European arrival.

Today, Watsons Bay is home to some of Sydney’s oldest remaining houses… and a median house price of $7 million.

The subs torpedoed navy ships at Garden Island as the Manly ferry transported passengers to and from Circular Quay.

One of the three Japanese submarines struck the anti-submarine defences and sank just offshore between Watsons Bay and Camp Cove. You can still see the concrete remains of the pump house that operated the boom gate.

With its northern sister, South Head is the gateway to Port Jackson (better known as Sydney Harbour).

With shipping, comes shipwrecks. If you were to walk from Watsons Bay to Bondi, you'd see Macquarie Lighthouse built in 1817

But two tragedies at Sydney Heads 40 years later showed Macquarie was insufficient, and Hornby Lighthouse was built. It's a distinctive red and white striped lighthouse, still in operation.

Hornby Lighthouse is not open to the public but walkers on the Watsons Bay Lighthouse Walk can go right up to its door.

The 360 city and harbour views from Gap Bluff is worth the steep stair and boardwalk path to the top of the cliffs… if your knees agree.

This is an optional add-on to the South Head Heritage Trail.

How to Get to the Watsons Bay Coastal Walk

Watsons Bay is such a great day’s outing that it can get busy on weekends, making parking difficult to find. The short ferry trip is a highlight, so well worth considering.

Hands-down, the best way to get to Watsons Bay is by ferry across Sydney’s glistening harbour.

Public ferries are clean and offer just as scenic views as the private sightseeing ferries (Captain Cook Cruises and Sydney Harbour EcoHopper). You can now use OpalPay on the private ferries which have commentary and bar service.

The ferry from Circular Quay to Watsons Bay takes 15-25 minutes (depending on stops) and runs regularly.

It’s a 700m walk from Watsons Bay ferry wharf to Gap Bluff, crossing the road and heading across Robertson Park.

If you’re coming from Bondi Junction or the eastern suburbs, then the not-very-scenic bus is best: a half hour trip on bus # 380, 387 and more. The bus stops at Military Road, right at Gap Bluff.

Check Transport NSW for timetables and trip routes from your departure point.

Driving and Parking at Watsons Bay

It’s about a half hour drive from the city centre to Watsons Bay, or about 20 minutes from Bondi Junction.

Watsons Bay could be described as a village, with the equivalent-sized parking. There’s time-limited street parking wherever you can find it, and two small car parks.

Park either in the carpark opposite Watsons Bay Hotel at 1 Cliff Street – close to Robertson Park and Gap Bluff, or at Camp Cove carpark at the far end of Cliff Street, near Camp Cove and South Head.

Best Places to Eat Near the Watsons Bay Walk

There are plenty of options in Watsons Bay at the start or the end of your walk. There are no cafes or eateries out on South Head.

The iconic Watsons Bay experience is fish and chips from Doyles on the Beach.

Both Watsons Bay Hotel and Doyles have kiosks for takeaway catering to picnickers in Robertson Park. 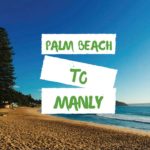 The Palm Beach to Manly Walk is a 50km coastal …

END_OF_DOCUMENT_TOKEN_TO_BE_REPLACED

Years before people were talking about Sydney's …