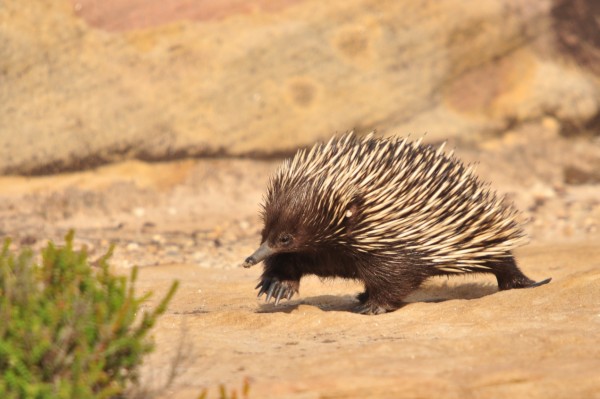 We are still blown away by how beautiful guest Adrian van der Stel's photos are of the Australian birds and animals he spotted while out on a full-day Sydney coastal walk with us in Royal National Park a few years ago.

This wasn't a birdwatching tour, nor a specific wildlife walk, but rather Adrian's photos are of the abundant wildlife spotted on a fairly ordinary day.

This post contains affiliate links. It means we may receive a small commission – at no cost to yourself – if a purchase is made from our recommendation. It helps keeps this website running, so thank you in advance.

Given more than 300 species of birds can be found within Royal National Park's boundaries – more than in Australia's lush Kakadu region – there are stunning photos of Sea-Eagles, Kestrels, Wattlebirds and Honeyeaters.

Alternatively, pick up Sydney Birds and Where to Find Them, or the ever-reliable The Slater Field Guide to Australian Birds.

Adrian van der Stel's images include a very cute Echidna and Swamp Wallaby. Both are an unusual, but not uncommon, sight. There's probably a greater chance of seeing a Swamp Wallaby, simply because they're bigger.

The quieter you are, the better the chance you have of spotting wildlife. Like birds, it's less likely to spot them in the heat of the middle of the day.

While Royal National Park has varied native wildlife, it's missing some of the most popular Australian birds and animals. There are no kangaroos (wallabies are similar, but smaller), koalas or platypus.

If you're keen to spot Australian birds and animals in the wild but only here for a short time, try joining a wildlife tour. This tour by Boutique Tours departs Sydney and heads to the lovely Southern Highlands, with guides who know exactly where to go to increase the chance of spotting wildlife, including the elusive platypus.

Powered by GetYourGuide. Become a partner.