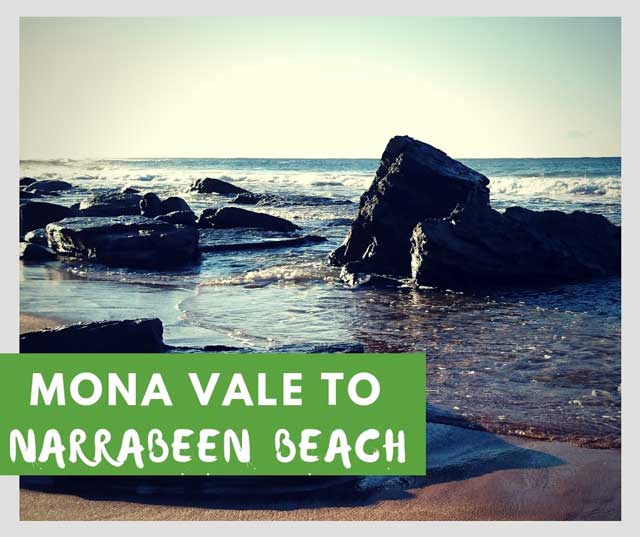 Maybe this is true of other places, but in Sydney everyone knows their patch of the city and never dares to cross invisible geographic or perceived cultural boundaries (that old “north of the Bridge” problem, or inner west versus “westy” west, and my favourite – “never been further south than the airport tunnel”). You know what I mean.

While Ian and I (Tara) are Shire folk who try to get around (will travel for food or cracking walks), we were recently caught out by reader Brett, who emailed to say;

I am keen to discover more walks around Sydney and the Northern Beaches, but I notice you make no mention of my favourite walk I do every weekend morning: Mona Vale Beach to Narrabeen Beach via the Bicentennial Walkway.

And then he proceeded to fill in the gaps that have been on our To-Do List about as long as cleaning out the garage.

The Mona Vale to Narrabeen Beach Walk is just one more piece of the Sydney's Great Coastal Walk puzzle, walking from Sydney's northern tip to southern.

So, over to reader Brett Nicholas…

The walk between Mona Vale Beach and Narrabeen Beach is approximately 9km return.

Starting at Mona Vale Beach (carpark at the end of Seabeach Avenue), take the path along Surfview Road, cutting through to Golf Avenue. Follow the track behind the golf course out onto Robert Dunn Reserve near Mona Vale Hospital.

Then follow Narrabeen Park Parade around to house number 103. Take the pedestrian path down to Warriewood Beach, and from there follow the Bicentennial Track around Turrimetta Headland.

Head behind the houses over Turrimetta Beach then up Narrabeen Head and around down to Narrabeen rockpool and beach.

From there you can go further around Narrabeen Lagoon if you wish.

On the return route, take the alternate path around Narrabeen Head to do a loop of the headland. Then when I get back to Turrimetta Head, take the lower path around to the lookout and up the other side of headland.

There are several points along the way with lookouts and photo opportunities.

Mona Vale is patrolled by lifeguards during the patrolling season which usually ends on Anzac Day.

There is a beach café at Mona Vale Beach or try The Armchair Collective located near the corner of Surfview Road and Darley Street East.

Toilets are located at the southern end of the Surf Life Saving Club, and there is a separate toilet block in the car park overlooking the point.

The beach around past the pool is known as Bongin Bongin Bay. This area is not usually patrolled by lifeguards.

Warriewood Beach is a patrolled beach during the swimming season.

There is a beach café attached to the surf clubhouse, usually only open Friday, Saturday and Sundays.

There is an alternative café up on Narrabeen Park Parade above the beach called Sunrise Café which is extremely popular. The Sunrise Café is open seven days a week.

There are two lookouts on Turrimetta Head – one at the Warriewood end before you go over the top of the headland (currently closed due to geotechnical investigations) and another on the lower track of the loop going around Turrimetta Head about 300 metres in from the Turrimetta Beach side.

Sunrise at Turrimetta is beautiful, especially for photography. At sunrise there are usually about 10-15 groups of people taking photos over Turrimetta Head.

If you are a local, I recommend visiting Turrimetta at different times on each visit.

At low tide, you can walk around the rocks at the southern end of the beach, and walk under the cliff face of Turrimetta Head at the northern end.

Incoming tide or high tide is good for photos of waves crashing on smooth rocks.

[Tara: Read more about Turrimetta Beach from a photographer’s perspective. The access track has improved since then – see photo below.]

There is a sewerage outlet on Turrimetta Head, so depending on the tide and winds sewerage could end up at either Warriewood or Turrimetta.There are warning signs at both beaches advising against swimming after heavy rain.

Turrimetta Beach is not patrolled at any time of the year.

There is a milk bar [kiosk] at the car park entrance.

[Tara: Seana from Hello Sydney Kids is passionate about North Narrabeen Rockpool and Beach. This is her take (and lots of good pics too).]

Narrabeen Beach is patrolled during the swimming season and has toilet and shower facilities on the street side of the club house.

There is a café located upstairs in the surf clubhouse with two entrances – one near the male toilets and the other in the park area at the northern end.