We’ve all seen it – a cigarette butt flicked carelessly away by an inconsiderate smoker. In a city, it’s ‘simply’ littering, but in a national park the effect can be devastating.

A new NSW smoking ban aims to protect the environment from bushfire risk and rubbish by extending no smoking laws to cover national parks.

Cigarette butts make up a third of NSW’s measured litter – (now there’s a job for you!) – and it’s not hard to believe. We’ve hosted Clean Up Australia Day in Royal National Park every year and butts are absolutely everywhere. This kind of rubbish not only robs visitors of an idyllic nature experience; cigarettes contain toxic chemicals that contaminate waterways and endanger marine life as well as birds and animals.

With predictions of above average temperatures in coming months, the state government isn’t taking any chances, with hopes the new no smoking law is an effective way to prevent bushfires.

NPWS say that around half of bushfires in NSW national parks have a suspicious or unknown cause, but we don’t know exactly how many that cigarettes trigger. In Victoria, they estimate discarded cigarette butts cause about 25 bushfires a year in parks and forests.

Where is smoking banned?

The NSW National Parks and Wildlife Service’s (NPWS) no smoking policy applies to:

Put simply, smoking is banned just about everywhere in the park – except commercially licensed venues – so don’t anticipate being able to light up.

One of our favourite parks – Royal National Park – is one of the first to have the NSW smoking ban, along with Ku-ring-gai Chase and Cape Byron State Conservation Area. Sydney Harbour National Park will follow suit in early 2015, with all national parks banning smoking in the following six – 12 months.

Who’s going to stop me?

This is where it gets tricky. Royal National Park alone is more than 15,000 hectares and it’s fair to say rangers can’t be everywhere.

NPWS reckon peer pressure is the answer – that people will just walk right up to a stranger and tell them to stop smoking. Hmm. We hope their optimism is correct but, after a reasonable education period, laws are worthless without effective enforcement.

That said, there are on-the-spot fines of $300 but they will only be given as a last resort. 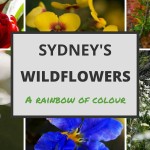 During late winter and early spring, the bushland …

END_OF_DOCUMENT_TOKEN_TO_BE_REPLACED 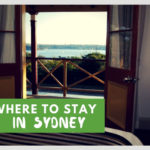 Thinking about which of the city's best walks …