Blue-tongued lizards, eucalypt forests and aboriginal rock engravings are familiar to Sydney-siders but it's this natural abundance in the centre of Australia's largest city that has won over the Americans.

We stopped for snacks at a deserted beach, then continued upward through the coastal gum forest, listening to our guide’s encyclopedic identification of plant species and their Aboriginal uses in making fire sticks, bedding, baskets and spears.

It's a pleasure to share the Sydney we know and love for those who live both near and far, because there really is no better way to experience this city. 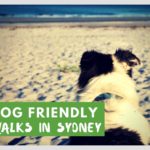 It's not often a human will stand by the front …

END_OF_DOCUMENT_TOKEN_TO_BE_REPLACED 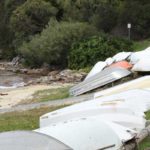 Forty Baskets Beach is Stop 13 on the Spit to …